For Acupuncturists and other Medical Practitioners

In the mid 1980’s a group of acupuncturists and medical doctors participated in a series of weekend workshops on Classical Five Element Acupuncture that I was teaching in San Francisco. They became very excited about learning Five Element Acupuncture and approached me to train them to become practitioners of this unique approach. At that time there was no way to be trained in this system in California or on the West Coast. Acupuncturists and physicians had to leave their practices to go to Florida or to Maryland to study. This was not feasible for most practicing professionals.

I hesitated as I considered the immense responsibility that such an endeavor would require. What intrigued me about such an undertaking was that there was a licensed student body ready and waiting. As a result there was no need to construct a program that would be based on fulfilling accreditation requirements. Therefore one was free to focus entirely on teaching pure Classical Five Element Acupuncture, and with no distractions, to focus fully on the spirit of the medicine.

The challenge then was how to go about designing a curriculum in a weekend format that would facilitate an embodied learning and that would produce fine practitioners. The initial question I considered was what length of training would be needed. I decided that I would begin by asking the first group to commit to train until I felt they were ready to practice. Remarkably, this group of twenty two highly committed students agreed. We began the first formal training group in September of 1993.

This training program has continued uninterrupted since the first group began in 1983.

After the program was off the ground, J.R. and Judy Worsley graciously accepted an invitation to conduct a special weekend of training with each of the following groups, thus enhancing the quality of the program by connecting it with the root of this teaching.

Based on a one weekend a month training model, I found that a two segment module best served in-depth learning. The first eight month segment covers the didactic and theoretical elements of the system in addition to hands on practice. The second eight month segment is conducted entirely in a unique combination of classroom and clinical setting which continues the learning process and embodiment of the work through onsite patient diagnosis and treatment. Additionally, a four month period in-between the two classroom modules, is a period of assimilation supported by practice assignments and supervised clinical observation.

This training program has continued uninterrupted since the first group began. Taught in the San Francisco Bay Area, students attend from across the Western US. Each training group includes a diverse mix of licensed acupuncturists, M.D.s and students who are concurrently studying in other acupuncture schools in order to receive their state board licensure. 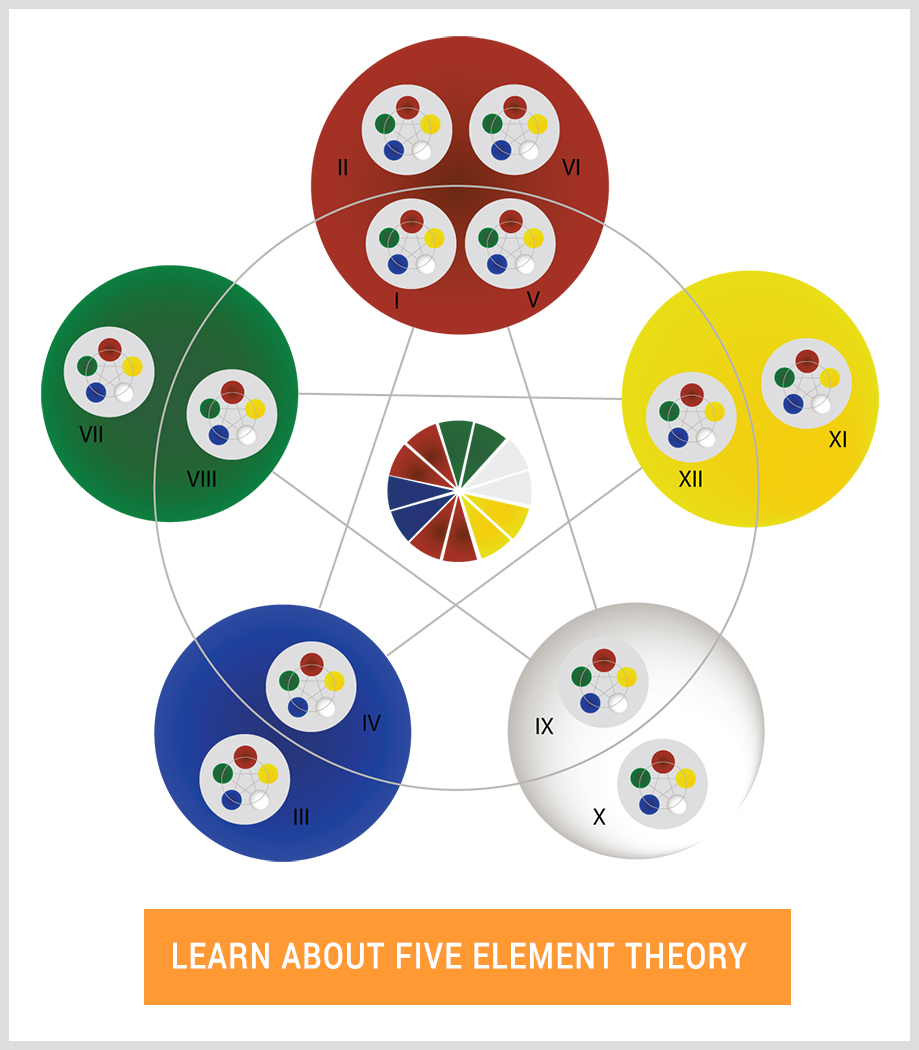 Sign up here to receive news from Five Elements Acupuncture